“Therefore I swore in My anger, Truly they shall not enter into My rest.” Psalms 95:11

One of the debated topics of Christianity is the Sabbath. Most of the time we spend debating whether we should worship on a Saturday or Sunday, when the real issue is Gods Rest. God created the Sabbath on the 7th day for humanity to enter into his rest. But because of our continual sin and disobedience, God said “we will never enter into his rest”

We must understand that sin is separation from God. We can’t live in sin and expect to enter into the Holy One’s rest. Just because you observe the Sabbath doesn’t make you righteous.  For we have all fallen short of the glory of God, and we are all sinners. (Romans 3:23)

“Come to Me, all who are weary and heavy-laden, and I will give you rest. Matthew 11:28

This is why we need Jesus. He has paid the price for our sins, through him we are no longer separated from God. Through Christ we can truly find Gods Rest. Without Jesus as the Lord of your life, you will never enter into Gods Rest or be righteous.

Therefore when Jesus had received the sour wine, He said, “It is finished!” And He bowed His head and gave up His spirit. John 19:30

When Jesus said “It is Finished” the curse of sin and death have been abolished. No longer are we a slave to sin, but now through Christ we can enter into “Gods Rest”  Jesus has done for us, what is impossible for us to do ourselves. The Son has set your Free in Jesus Name Amen

The fear of the Lord is the beginning of wisdom; A good understanding have all those who do His commandments; His praise endures forever.
Psalms 111:10 NASB

“No weapon that is formed against you will prosper; And every tongue that accuses you in judgment you will condemn. This is the heritage of the servants of the LORD, And their vindication is from Me,” declares the LORD. Isaiah 54:17

“Bend but wont break” this is an expression we often hear, this is how we can describe Gods promise to you. Often when we go through a struggle or tragedy, we think and fear the worst. But we must remember Gods promise, “No weapon formed against you will prosper”, we might suffer temporarily but through Christ we have the ultimate victory

Many people might just say, “Well this is just prosperity gospel” No this is the written Word of God, a promise from your Heavenly Father and Creator. Many people try the paint the Bible as condemnation but it’s actually the opposite. We have hope and victory through Christ,  Satan’s days are numbered and so are his followers.

Notice God says “This is the heritage of servants of The Lord” , when you put God first, you will inherit his blessings and protection. Rely on God , put your trust in him, and receive his grace and mercy. Will some bad things still happen to you? Of course, but No weapon formed against you will prosper, meaning you will rise above it and be victorious in Jesus Name Amen 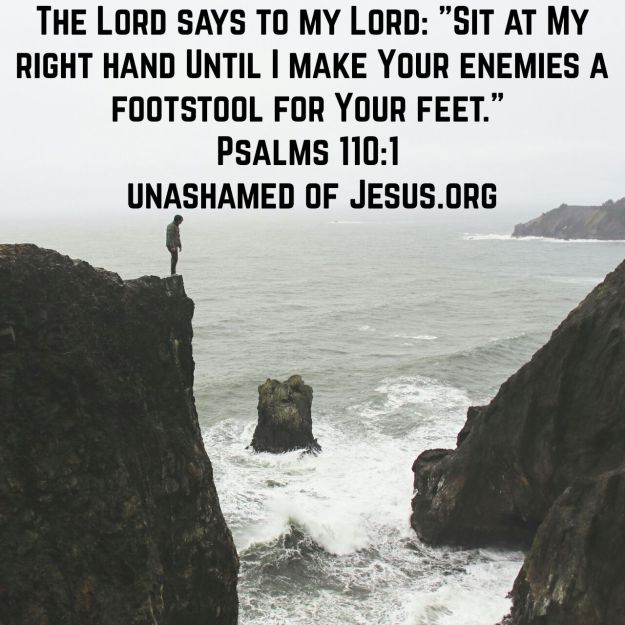 The Lord says to my Lord: “Sit at My right hand Until I make Your enemies a footstool for Your feet.”
Psalms 110:1 NASB

Who has believed our message? And to whom has the arm of the LORD been revealed? Isaiah 53:1

When you read the rest of Isaiah 53 is describes the life of Jesus , grew up among us and yet most still never recognized him. He was despised and rejected for bring the truth to light. Yet even though many have rejected him, he took on the wages of our sins. He was pierced or crucified for our sins. God laid all iniquity on him from us.

Who is the arm of God? Its none other than Jesus Christ. He is God in the flesh. Many try to explain or understand the Trinity, understand Jesus is the Arm of God. Connected but yet separate from God. With all power and authority, he sits at the right hand of God.

So has Yeshua (Jesus Christ) being truly revealed to you?  The mighty King of Kings, who loves you enough to be the suffering servant. There is no other way to God but through Jesus Christ. Call upon The Lord and let him be revealed to you today in Jesus Name Amen

Help me, O Lord my God; Save me according to Your lovingkindness.
Psalms 109:26 NASB

I gave My back to those who strike Me, And My cheeks to those who pluck out the beard; I did not cover My face from humiliation and spitting. Isaiah 50:6

We often heard the expression “ Take the shirt off his back”, meaning someone was willing to give anything they had to help others. Well Jesus took the wages of our sins on his back and gave us eternal life. See before Christ was crucified on a Cross, the Roman soldiers wanted to torture him by a practice called “flogging”. They used devices with whips, chains, and spikes that literally tore the flesh from the bone every time they struck him. His sentence was 40 flogs before being crucified to a cross.

Jesus knew the torture he was going to face, but willing gave his back, to take the penalty for our sins. The Romans beat him so severely that he could barely stand or walk. But their torture only began there, when they forced him to carry his own cross, that he would be crucifed to death on. He carried it up a large hill called Golgotha, for about a mile.

Eventually after carrying that cross on his back for a mile, he was crucified with spikes and left to die. While he hung there, bystanders mocked and spit on him. But as the prophecy says, he didn’t cover his face with shame. This is a part of Christianity most people don’t like to talk about. But in order for us to understand the seriousness of our sin, we need to understand the debt that was paid for it.

Jesus is righteous, and he paid the price for our sins not his. When you accept Christ as your Lord and Savior, your old self dies on the cross and your new self is resurrected with Christ. Understand the wages of your sins is death and Yeshua (Jesus) took that penalty for you, he is the salvation and Lamb of God. Because God so loved the world that he gave his only begotten Son in Jesus Name Amen

Let the redeemed of the Lord say so, Whom He has redeemed from the hand of the adversary
Psalms 107:2 NASB

and in the wilderness where you saw how the LORD your God carried you, just as a man carries his son, in all the way which you have walked until you came to this place.’ Deuteronomy 1:31

The Israelites were weary and burdend on there journey to the “Promise Land” but God said to them “Just as a Father carries there son, I will carry you”. Even in the wilderness where there was no food or water, God provided unlimited amounts of “Living Water” and “Manna from Heaven”

Maybe your Earthy Father has let you down or maybe they passed away. Know this God is your eternal Heavenly Father. His is the beginning and the end, and views you as his own child. Its important we understand our relationship with God as a parent/child. Even when we have been rebellious and stubborn children, our Father still forgives us and wants the best for us.

Do you need God to carry you right now? Sometimes we become our worst enemy, with pride. We refuse to ask for help or try to carry the weight of all our problems on our shoulders. But God is willing to carry you, call out to the name of Jesus and you shall be saved!

Allow your Father to carry you to the “Promise Land”. Don’t die in the wilderness because of your own pride and sin. Call out to the name of your Lord and Savior in Jesus Name Amen! 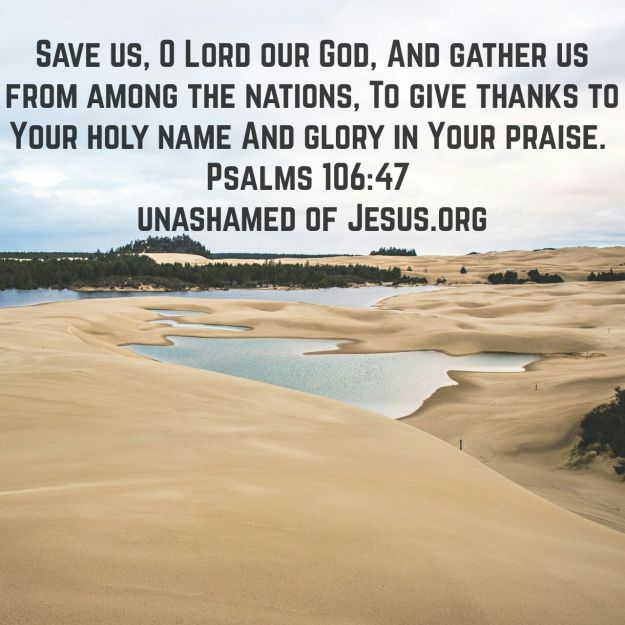 Save us, O Lord our God, And gather us from among the nations, To give thanks to Your holy name And glory in Your praise.
Psalms 106:47 NASB